Having owned various makes of cars over the years, I have always yearned to own a vehicle from the famed Henry Ford stable. I wasn’t expecting a chip on my Ford Mondeo windscreen so soon, but more about that later.

History of the Ford Mondeo

Ford is the second-largest family-owned company in the world and has been building cars since 1903. It sold fifteen million Model Ts, and the motor industry regards The Tin Lizzie as one of the most successful cars ever built.

When Ford built aircraft in the 1950s, they named it The Tin Goose in reference to the Model T.

Why I chose the Ford Mondeo

After much market research (and restless nights), I finally decided on a Ford Mondeo. Mondeo is a derivative of the Latin mundus, meaning world — the Ford Motor Company sees the Mondeo as a world car.

The fact that the Mondeo has won numerous awards worldwide and was the 2013 What Car? Best Family Car and Top Gear’s Car of the Year in 2001 and 2007 made my decision easy.

The Mondeo is a medium family car and is available as a hybrid and in all-wheel-drive — I picked the latter for peace of mind when driving on slippery roads. It also features LED Daylight Running Lights for the UKs gloomy winter days.

Ford packed my Mondeo with impressive ADAS systems such as Active Cruise Control and Lane-Keeping Assist, making daily commuting on the freeway stress-free.

Park Assist helps with those tense moments in the big city, and holiday road trips in the country are an absolute pleasure with the help of Traffic Sign Recognition and Intelligent AWD.

A Carefree Country Drive and a Stone

The Saturday morning mini-road trip (with a full English breakfast on the turnaround) was my partner’s idea of spoiling our son on his birthday.

After the previous night’s heavy downpours, debris spilt onto the area’s picturesque country lane, and I slowed my speed down to a trickle when passing oncoming traffic.

An inconsiderate oncoming driver sped past, and there was the horrible thuck sound of a stone hitting the windscreen — right in front of me. Luckily, my slow speed kept the damage to an ugly ding the size of a litchee.

I was thankful for the laminated windscreen that successfully kept the damage to a minimum, and I thought back at the 1927 Model A Ford. It was the first massed produced vehicle with a safety glass windshield.

Being pedantic about my Mondeo, I spent time at breakfast (while waiting for splendid poached eggs and salmon), searching for car glass repair options. UK Car Glass’ site made an impression, and their user-friendly Mobile App hooked me up with a technician.

My son thought the whole episode a blast and watched me punch in quick details about my insurance, make, model, and windshield calibration features.

Due to the damaged area’s position (in the driver’s line of sight) and the extent of the damage (larger than a £2 coin), he advised me to replace the windscreen. My heart sank.

I had visions of enormous replacement costs… and significant effort.

Before I had finished my croissant, the chap sent me a quote and suggested a meeting for the replacement — when we arrived home!

The quote was realistic, and the subsequent windscreen replacement at home was a breeze.

My son found the whole procedure fascinating. I think he might end up in the car glass industry one day. 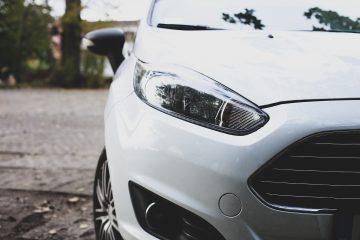 The Ford GT40 won the Le Mans 24-hour four times in the Sixties and is still the only American car to have won this race outright. It might not be your reason for owning a Read more… 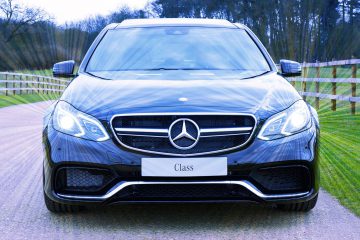 Mercedes-Benz: A German stroke of genius

The very apt slogan for the world’s largest (and oldest) manufacturer of premium vehicles is — The Best or Nothing. In 2018, Mercedes-Benz sold 2.31 million passenger cars. To understand the German carmaker’s philosophy, it Read more… 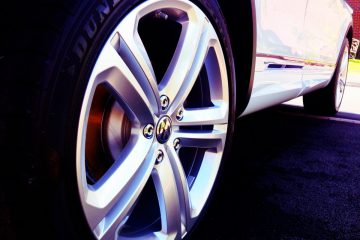 Many people don’t notice when something is amiss with their car tyres. A blown tyre while driving will get one’s attention — no doubt. The noise, the vehicle’s pulling to one side and its reluctance Read more…